A new report from eMarketer has found Apple Pay to be the most popular mobile payment platform in the US. The latest data, published by eMarketer on 23...

A new report from eMarketer has found Apple Pay to be the most popular mobile payment platform in the US.

The latest data, published by eMarketer on 23 October, revealed that Apple’s mobile and digital wallet service had overtaken Starbucks’ mobile app – the first time that a generic mobile payment app had overtaken that of the coffee retailer, which had long held the title.

eMarketer said that, since its last annual mobile payments forecast in May 2018, the use of Apple Pay had “grown even faster than expected”. The research organisation noted that 27.7 million Americans used the app to make a purchase last year; at the close of this year, it estimated, 30.3 million will use Apple Pay in the US, representing 47.3% of proximity mobile payment users. 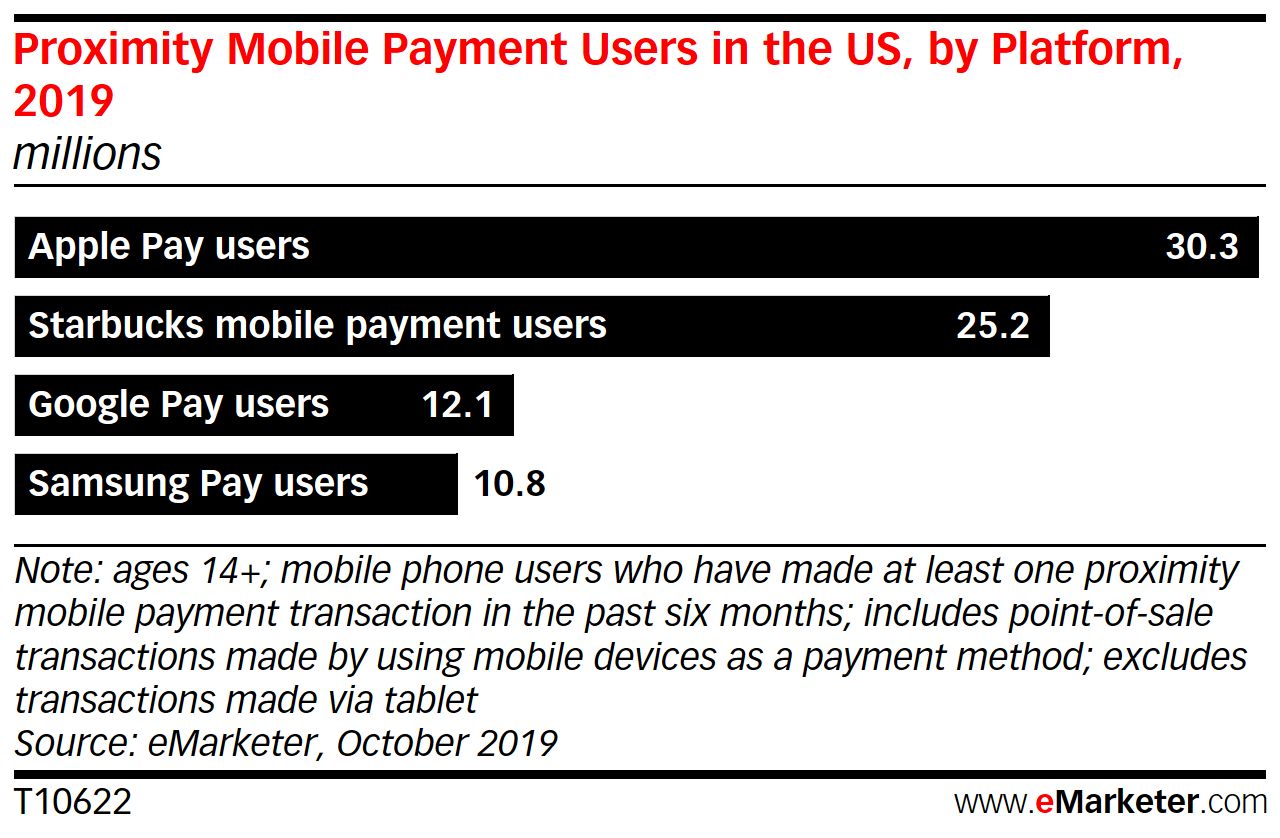 In contrast, the research found that Starbucks’ app will have 25.2 million users this year, which corresponds to 39.4% of proximity mobile payment users.

Mobile payments on the rise

eMarketer explained that the figures are in line with wider market growth, adding that “technology for proximity mobile payments is gaining traction, especially at frequently used retailers like grocery stores”. For example, Apple Pay is predicted to be available to use in 70% of US retailers by the end of this year; the research organisation added that, since Starbucks’ app is only used in its stores, its predicted growth is less.

Yory Wurmser, Principal Analyst at eMarketer, said that Apple Pay has “benefited from the spread of new point-of-sale (POS) systems that work with the NFC signals Apple Pay runs on.” Wurmser added that “the same trend should also help Google Pay and Samsung Pay, but they will continue to split the Android market.”

Apple Pay is a mobile payment and digital wallet service launched by Apple in October 2014. Users can make payments in person (above the £30 contactless limit) through the iPhone or Apple Watch, as well as online.